Travellers, let me tell you this, if you’re ever in London and have to catch the underground to the airport, try your very hardest to avoid rush hour. I learnt this the hard way and consequently found myself fighting my way onto the Jubilee line in order to make my flight at 11:00. I was elbowed once, stood-on twice and on the receiving end of innumerable glares as I tried to squish myself and my two sizeable backpacks into a very small space on the train. I could feel sweat dripping down my lower back and at one point my entire chest seized-up from the weight of my backpack causing me to think that I was having a heart attack (panic!). I was tired, and London, a city that I really love, just didn’t seem that great anymore.

So it was with great relief that I boarded my flight to Helsinki in Finland. 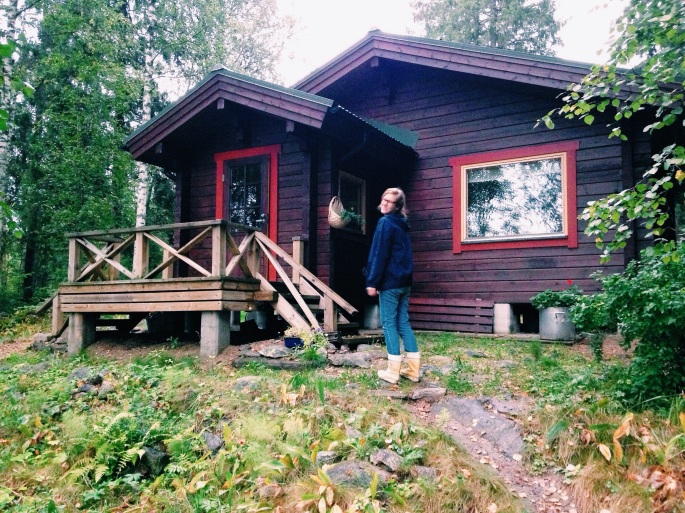 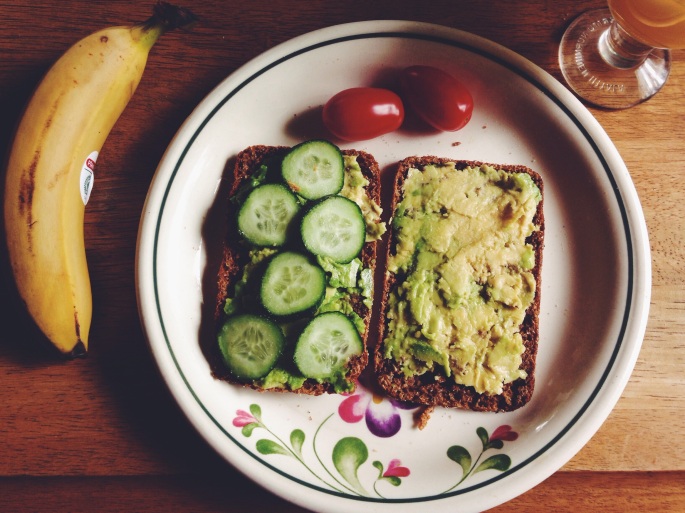 Going North to the summer house

After a quick whizz around Helsinki, I boarded a bus at midnight to the city of Jyväskylä about 3 and a half hours North of the capital. Greeted by my precious Finnish friend Milka at the other end (it’s a good friend who picks you up at 3am!), I collapsed into bed and awoke for my first day in Finland. It promised to be a good one as we had decided to spend the weekend at her summer house. It turns out that summer houses are quite a big deal in Finland and a good percentage of Finns have a little house tucked away somewhere just waiting for those precious few months of summer. Milka kindly informed me that her summer house was on a lake and had no electricity or running water, so I didn’t have high expectations. I was simply looking forward to being tucked up with a book or two and spending some time with my friend.

Arriving at the summer house after driving down some tiny dirt roads, I was truly blown away. This place was stunning! There were three little red-wood houses settled in amongst the forest, a little bridge crossing a babbling brook, a lakeside sauna and a couple of rowboats pulled up onto the shore. The lake itself was beautiful and mirror-still. It reflected the dark pine trees that grew around the lake and had tall wispy grasses growing around the edge. The peace and silence was a world away from that busy London tube and I felt myself begin to truly unwind.

Milka showed me around the property and pointed out little details, family traditions and special ornaments in the cabins. The spot where the family would race acorns along the river, the ring of stones around the fireplace (a stone for each grandchild!) and the collection of raggedy-doll cats that had been sitting atop the mantel for forty-years. Every corner of the family’s summer house seemed to have some sort of idyllic memory and it was such a pleasure to be privy to them.

Soon, it was time to hop in the sauna. Saunas are such an integral part of Finnish culture, so much so that the Helsinki airport has one. Finns use them to socialise, get warm and to give themselves a good clean. I don’t know about you, but I like the thought of social grooming! With the thermometer registering 100 degrees (!), I don’t think I have ever been hotter in my life. It was so hot I think I may have even burnt the lining of my throat. Apparently you’re not supposed to breathe.. but in typical Finnish style, a quick jump in the lake cooled me off (brrr…icy). My skin felt amazing afterwards! 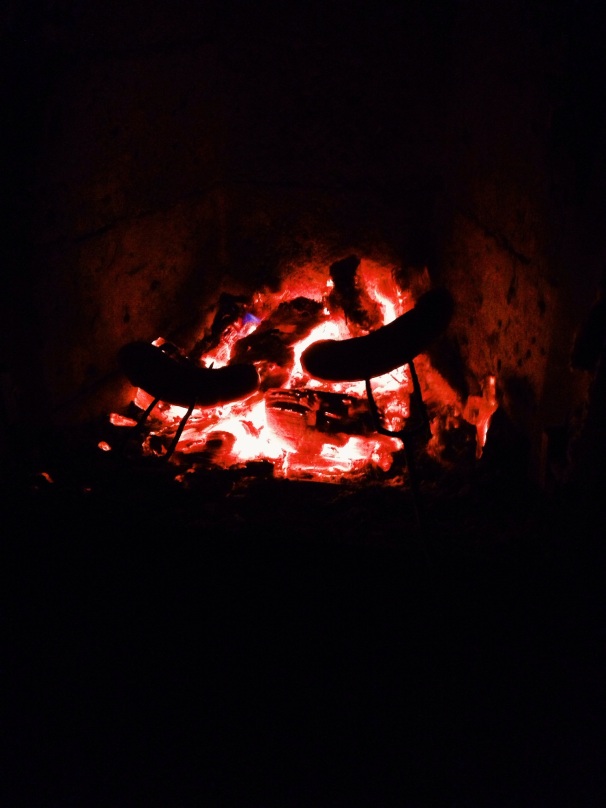 Although shivering in front of a fire doesn’t exactly scream ’summer’, that is exactly what we did and that night as we cooked sausages in front of the fire, I felt just very happy and very blessed to be in such a beautiful place. There really is noting quite like curling up with a book and a friend in front of a roaring fire. 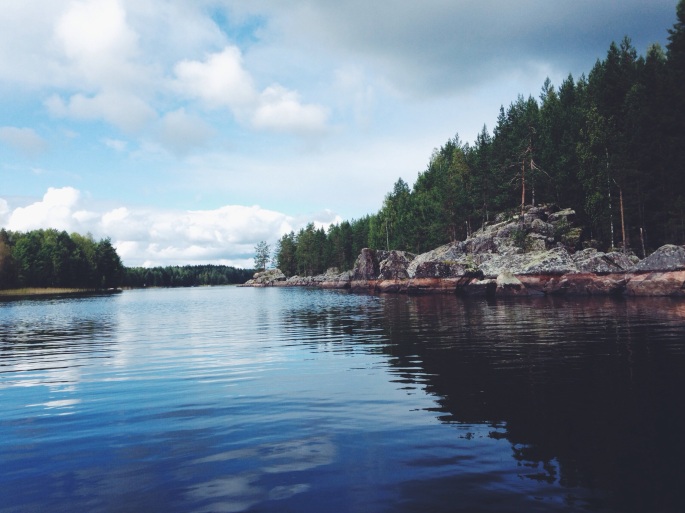 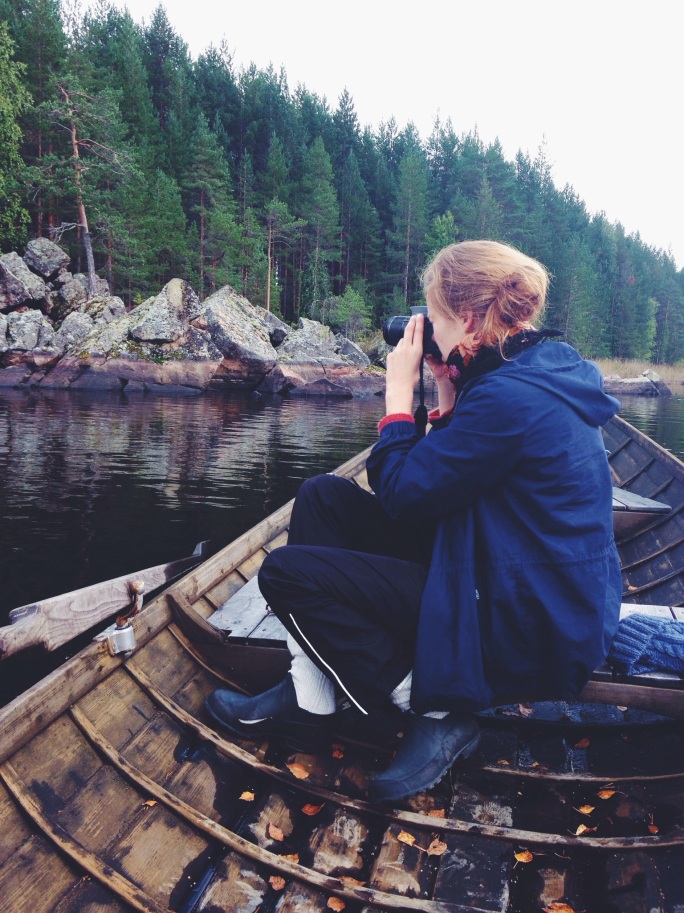 The next day, my Finland induced bliss continued as we loaded up the rowboat with apples, chocolate and cider with the grand ambition of rowing around the lake. After about half an hour, I finally figured out my left and rights (um..it was hard) and we spent a lazy hour on the water. Cider was consumed, pictures were taken and at one point I hopped out and stood on a little island in the middle of the lake. As the hour past idly by, we talked travel and of one day living in Iceland, visiting Armenia and lazing on the beaches of Montenegro. In other words, it was pretty perfect.

Spending the weekend at the summer house was a wonderful introduction to Finland and I now feel so relaxed and ready to take on the coming week. And boy, it’s going to be a big one! As you might already know, I was chosen as the Travelettes Bestival Reporter which means I will be attending Bestival on the Isle of Wight. With an incredible lineup of London Grammar, Cvrches and Foals, I am so excited! It really is a once in a lifetime opportunity and I will be working hard to bring you the best coverage possible. As an avid indie music lover, a newbie writer and a lover of the Travelettes, so it really is combining all of my favourite things! Make sure you go over to Travelettes and send in some challenges for me to do over the festival.

Have you been to Finland? What did you think? I would love to hear about it! Leave me a comment below or email me at dirtypawsblog@gmail.com

10 thoughts on “The Finnish Summer House”