Three or four months ago, the slightest hill would leave me puffed and red faced. In fact, I used to go well out my way to avoid even the smallest of inclines.

I just hated walking up hills.

So why then did you find me walking up, literally, the world’s largest hills just last week?

Trekking in the Annapurna region had been on my mind since watching Michael Palin’s series “ The Himalaya”. The scenery looked stunning, the tea lodges cozy and the actual walking not too challenging.

I endeavoured to set out on the trek and not complain about the walking. I envisioned it to be an enlightening experience where I would have time to reflect about my life, all whilst breathing in fresh mountain air.

Well, I sure did have time to reflect. Time to reflect on the aching of my knee joints, the stinging pain of my lungs as I tried to oxygenate my blood from the thin air and the sharp pain of tense muscles shocked by the sudden surge of activity.

Intense pain aside, I have never seen scenery as spectacular than in the Annapurna region. From incredible mountain vistas, to screensaver-worthy glacier rivers, the scenery will take away what little breath you have left from hefting yourself up the hills.

In addition to the stunning scenery, the mere accomplishment of completing the trek leaves you beaming from head to toe; although it can’t be compared to the feat of actually climbing the mountain (apparently 1 in 2 people die when attempting to summit Annapurna), it is still an impressive feat when you factor in the distance and the fact that you are adapting to walking at altitude.

We chose to attempt the Annapurna Base Camp Trek, a 9-12 day trek which takes you through the Annapurna sanctuary and culminates at the base camp. However due to time constraints, we did it in 7 days and let me just say that every day was intense.

The Annapurna region is a small section of the Himalaya which is home to Annapurna 1, a peak which is over 8000m and is the tenth highest mountain in the world. In addition to this magnificent beast of a mountain, the Annapurna region has 13 peaks over 7000m. The region can be accessed from Pokhara which is about a seven hour bus ride from Kathmandu.

The trek begins: from Nayapul to Ghorepani

The trek started as all good adventures start, in the back of a rattling jeep. We had gone through a trekking agent in Kathmandu and had been assigned our very own sherpa called Simon. Simon turned out to be invaluable and when we were forced back to normal life after the trek, we struggled to adjust without having our quiet, collected guide to tell us where to go and what to do.

On the way we picked up a sturdy, likeable porter called Bikas (for the first few days we called him Gus before being humbly corrected) and he completed our little ramshackle team.The first day we walked for seven hours to the town of Ghorepani.

“Walked” is probably not the right word here.

We climbed for seven hours to the town of Ghorepani- 3280 steps to be exact and let me just say that the whole “not complaining” thing lasted all of fifteen minutes. My trekking partners Chris and Kim, steadily gained speed up the steps, and I steadily lost energy and the will-to-live. Unfortunately, this was a strong theme for the rest of the trip as I truly took on the role of “The Straggler”.

The steps were steep and led us through many little lodges where you could stop and drink milky tea or have a snack. At one point, approximately step 2653, Annapurna showed it’s majestic peak above the hills. The snowy peak looked impossibly beautiful and impossibly far away and it drove me up the remaining steps.

The second half of the day led us through spooky forests and up stony steps and by the time we had reached the town of Ghorepani, a frosty town perched on the side of a steep slope, we were exhausted. The valley stretching out below was shrouded in hazy fog but you could see that the view held promise and indeed the next day when we awoke, we were treated to an amazing view of the Himalaya.

Ghorepani and Poon Hill to just outside Tadapani

The second day of our trek had us waking up at 4:45 in the morning to ascend the rather comically named, Poon Hill. The slog up Poon Hill is almost an initiation to the Himalaya for trekkers and almost a hundred people joined in the snaking line of lights up the hillside. A combination of the cold air, being awoken at 4am and yet more stairs made this particular walk hard for me and I had to stop every twenty metres or so. I did however make friends with a similarly in pain old man, so it was not all a loss.

The view at the top of Poon Hill was incredible and definitely worth the early wake-up. The sun streams over the sharp mountain peaks and illuminates the massif in a peachy orange glow. We spent a half-hour excitedly running around the top of the hill to get all the possible photo angles and combinations. #mountainselfie

The rest of the day had us walking up another ridge for even more stunning views and then descending down slippery alpine forest. The pine forest soon gave way to rainforest and we continued downwards for a couple more hours (knees be dammed) until we reached our lodge an hour outside of the town of Tadapani.

At our lodge we drowsily hung out by the fire and nursed our painful muscles, dinner was the standard fare of Dal Baht. At this point I had given up the hope of a normal 4-5 hour trekking day and looked forward, with equal parts anticipation and dread, to trekking 7-8 hours the next day.

A quick word on “The Koreans”

Now when you’re trekking along a popular path you soon see the same people over and over again. Because we were doing a accelerated version of the hike, we passed a good many people and didn’t ever see them again. That is until we met The Koreans. These guys walked like a well, oiled machine. They were the Swiss Watch of trekking groups. We spent many an hour pondering if this group had spent time practising walking in perfect formation, trekking poles at their sides moving in synch like the wheels of a steam train.

Also, The Koreans bought their own food, and their own chef. We sat in wonder watching them chow down tasty morsels of pork and seaweed whilst we stared forlornly into our rice and lentils.

We ended up seeing The Koreans a number of times along the trek, they had the smug look of people who had full bellies of Bulgogi and Kimchi.

The third day of our trek led us towards another perched village called Chomrong where we completed another knee crunching descent down a steep valley towards the little village of Deurali. After a lunch of weird tasting tomato spaghetti we commenced a steep trek uphill. This part of the trek was relatively boring but did wind through a number of Nepali houses where you could have a little glimpse into what life for rural Nepali’s was like. At one point our porter Bikas went missing but turned up again after two hours- exciting stuff.

The afternoon lead us through a surreal hail storm and Chris who was wearing just a T-shirt had to run ahead to stave off hypothermia. Bamboo turned out to be rather miserable as there was no heating in the main room so we sat there shivering still damp for being pelted by tiny balls of ice for two hours.

“You know it’s not cold here” says a rather unhelpful German man in the dining hall.

Wrong thing to say to a bunch of shivering people but thanks for making us feel pathetic.

Discourteous German’s aside, the trek had already taken us through some of the most stunning scenery imaginable. I was tired, my muscles were aching and my lungs were sore but the feeling of completing another day was exuberant and I had never felt more mortal and more alive.

Will we make it to Annapurna Base camp?  Will I keel over and die from exhaustion? Stay tuned for part two of our Annapurna Adventure!

Have you done any treks? Did you experience any similar emotions? Leave us a comment or email us at dirtypawsblog@gmail.com.

16 thoughts on “Trekking to Annapurna Base Camp: Part One” 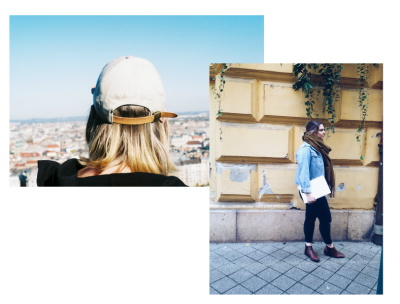